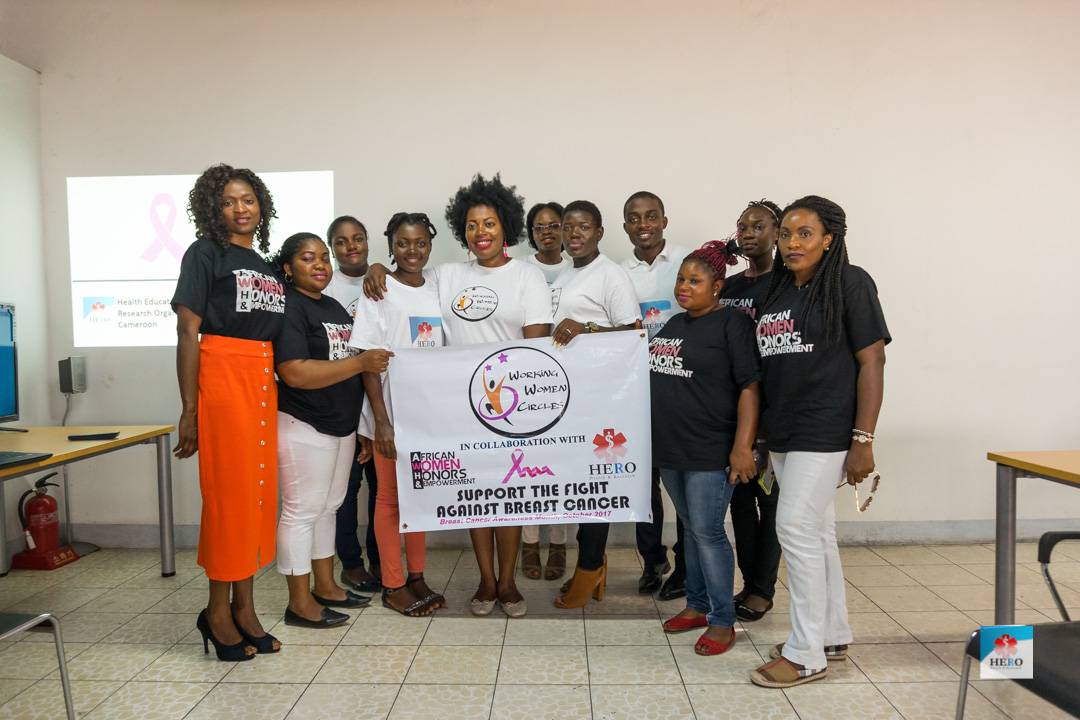 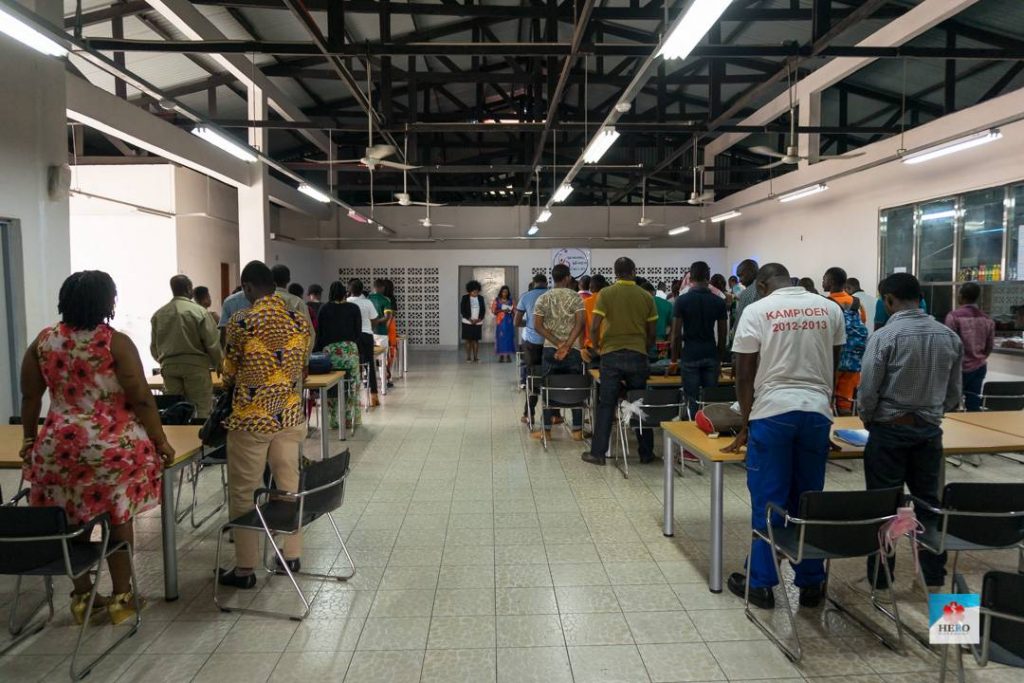 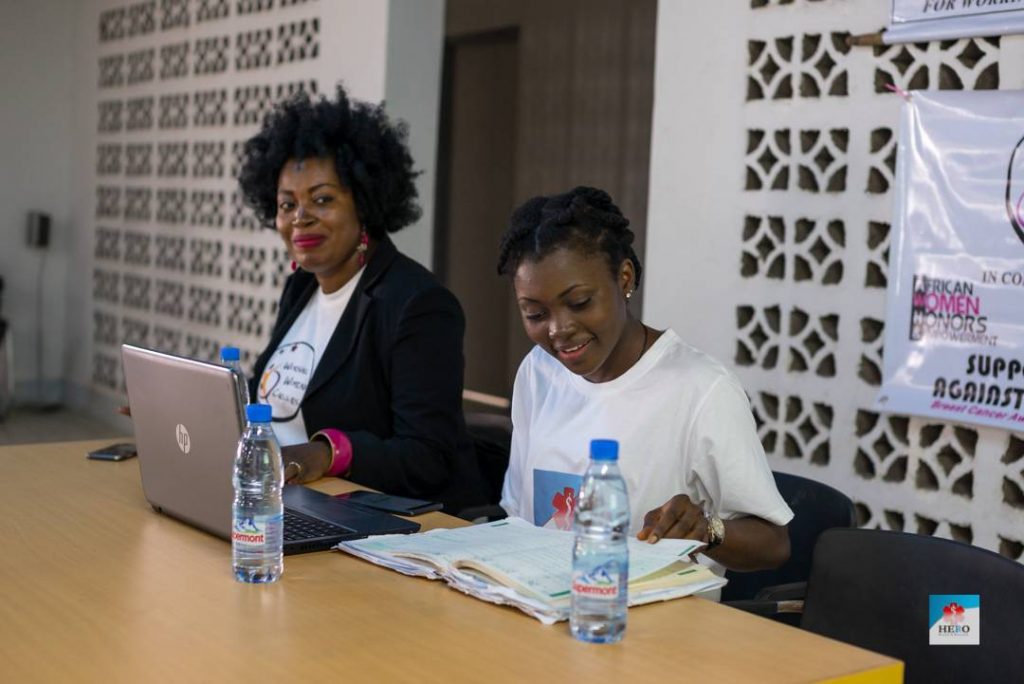 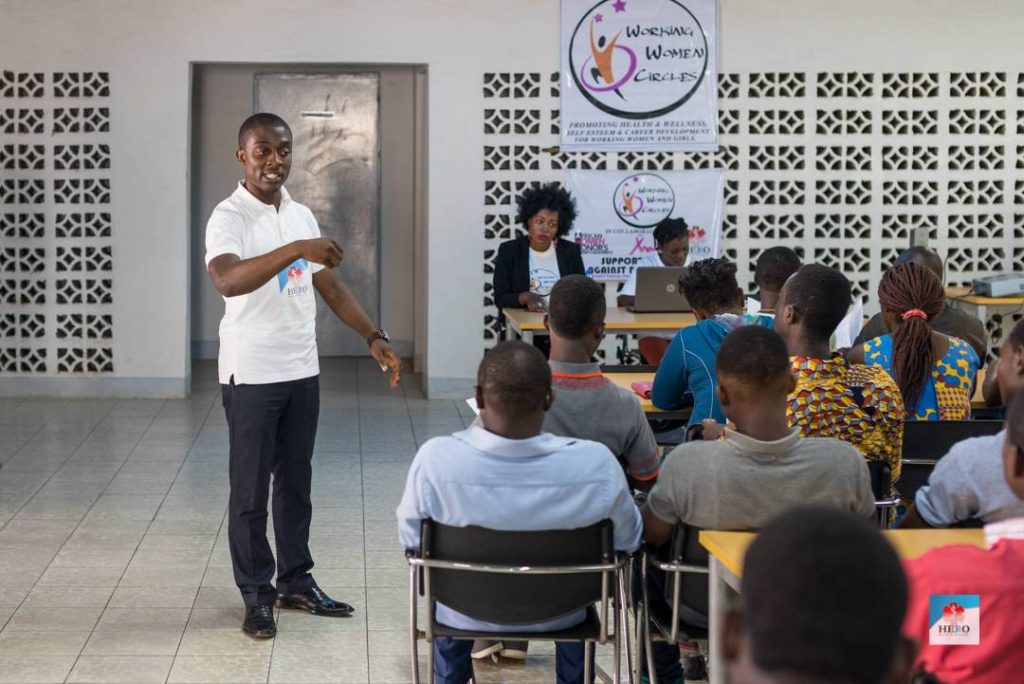 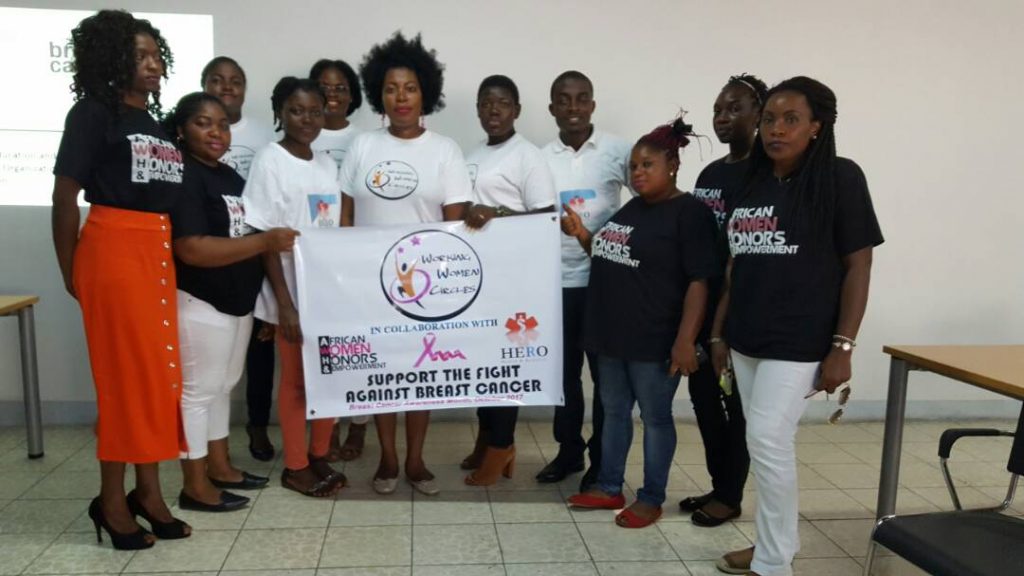 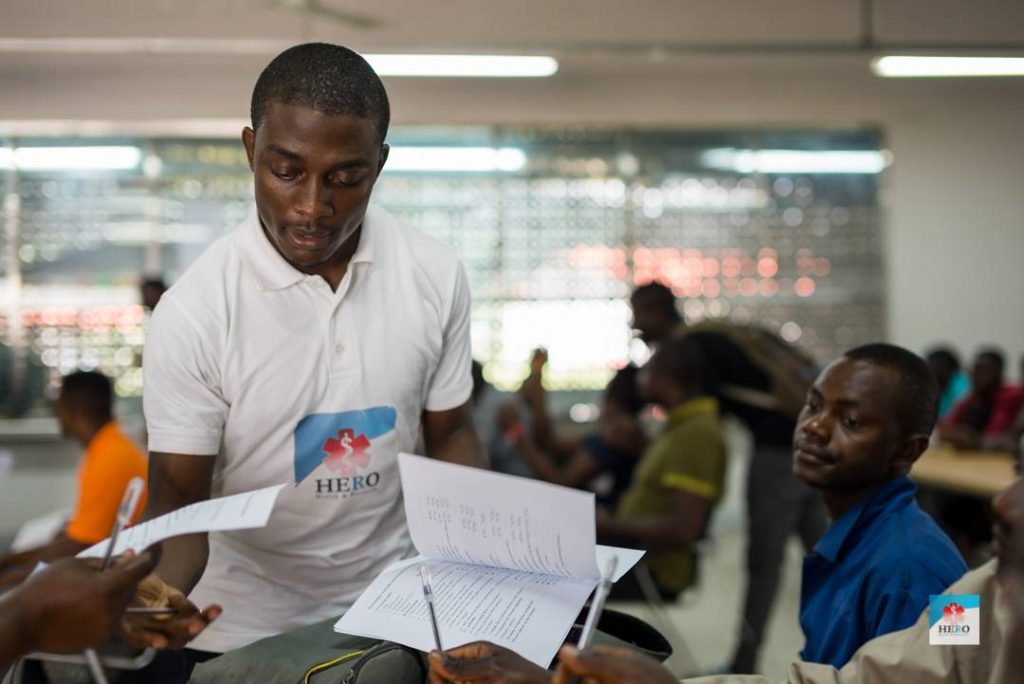 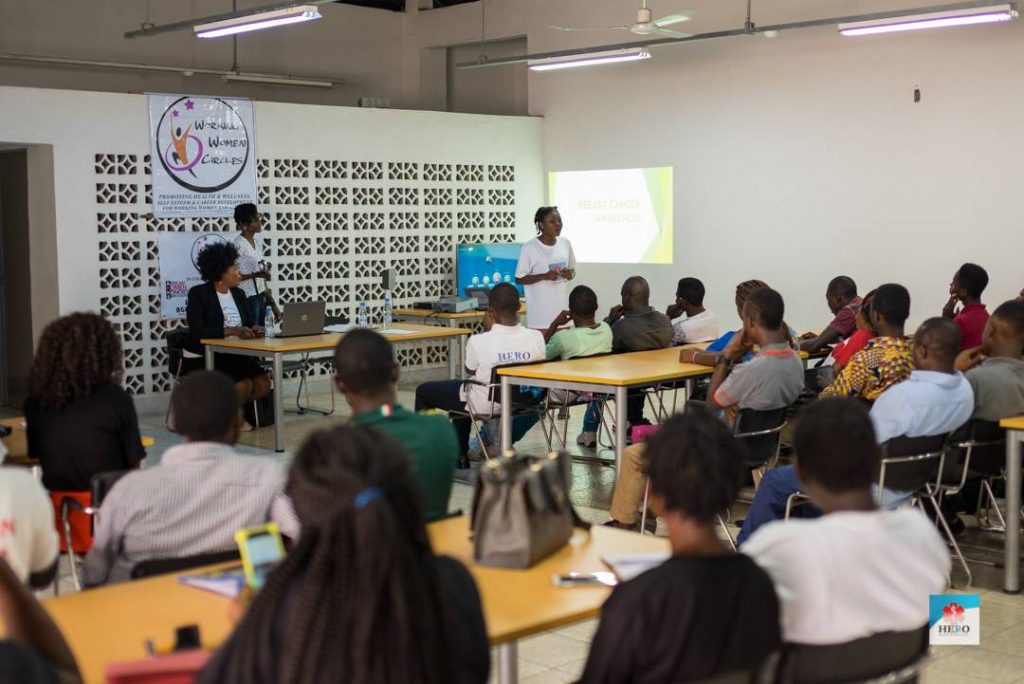 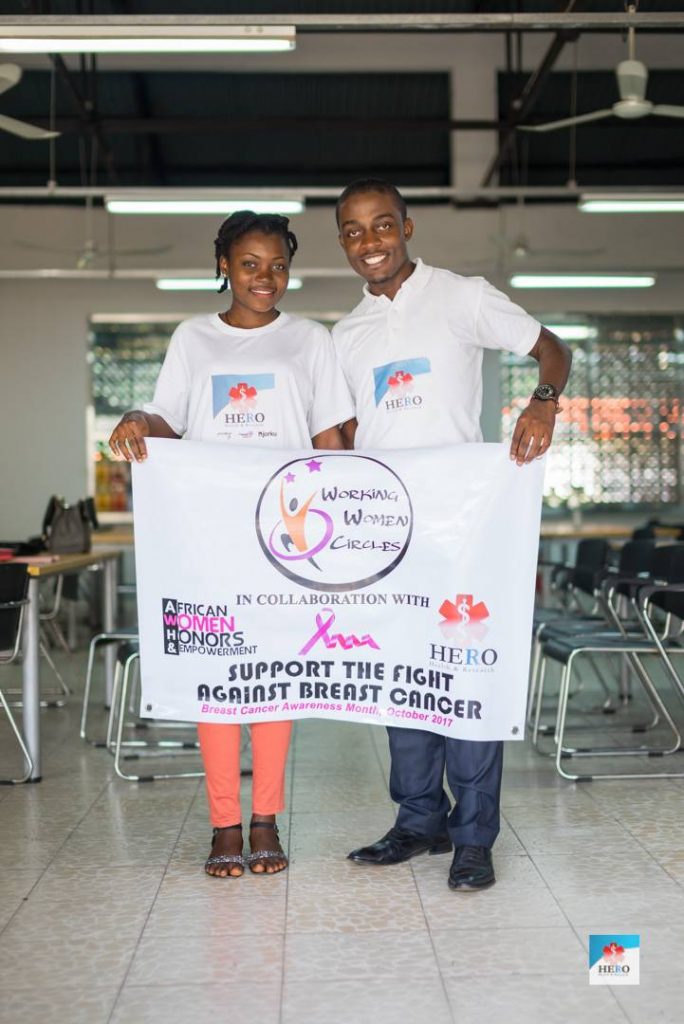 In Commemoration of the Breast Cancer Awareness month celebrated every October, this October 2017 Working Women Circles and Health Education and Research Organisation (HERO) Cameroon, two organisations involved in health promotion partnered together to raise awareness amongst young adults ( males and females) in Limbe South West Cameroon. Breast cancer Awareness is usually focused on females but recent studies have shown that 1 % of breast cancer is in males thus both sexes are at risk. With the difficulty for breast cancer patients to survive due to late presentation, Breast self-examination is a key to early diagnosis.

Our target population was the staff and students of the Advanced Vocational Training school in mile 4 Limbe South west Region of Cameroon, which harbours individuals of diverse professions (Reason why this school was selected).

The HERO team consisting of 2 medical doctors were in-charge of this assessment. Self-administered pre-test questionnaires containing questions on knowledge, attitudes and practices on BSE and Breast cancer were filled by participants. Thereafter an interactive, visually aided talk was given by HERO Cameroon Team Doctors. This was followed by an interesting Q and A session where myths about breast cancer were also clarified by the Medical Doctors.

Over a 100 participants (65% males and 35 %) were assessed and educated on BSE and breast cancer. Half of the participants had heard of breast cancer but less than 15 persons had heard of BSE and less than 5 adults had previously conducted a BSE which is the first and vital step to early diagnosis. The impact of this talk was evidenced by the interesting question and answer session and the private acknowledgement of a participant who reportedly had a lump for 1 year but ignored it. We think that this was the essence of this activity.

One of  HERO’s Doctor was invited by the Christian Broadcasting Service (CBS) Radio Buea where she elaborated on the importance of  raising awareness of breast cancer and the techniques on BSE as a tool for early diagnosis. The radio talk was an interesting one which entertained question from listeners and panel discussion in the studio.

We expect that the participants will be ambassadors in raising awareness to families and friends especially on the breast self-examination as hand track were shared among them. We encouraged the participants to visit HERO Cameroon, Social media platforms and website for a reminder of the explicit video on Breast self-examination. We hope that many organisations and the media will join HERO Cameroon to fight breast cancer by raising awareness not only in the month of October but all year round.