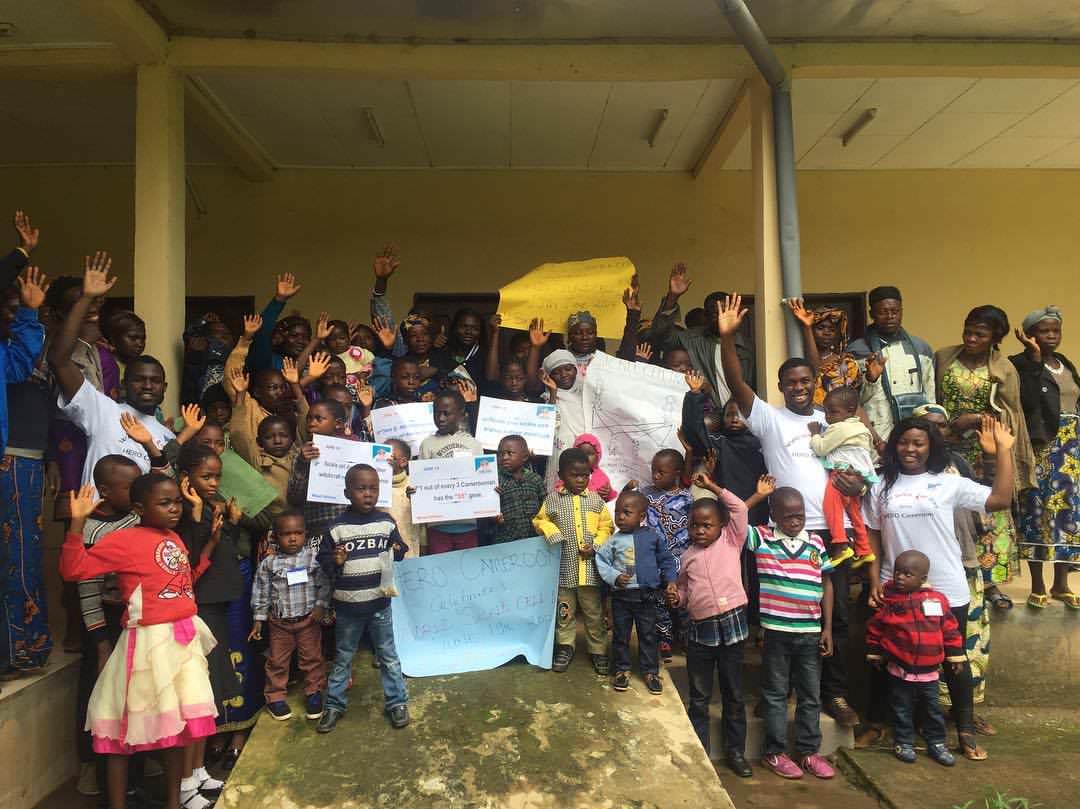 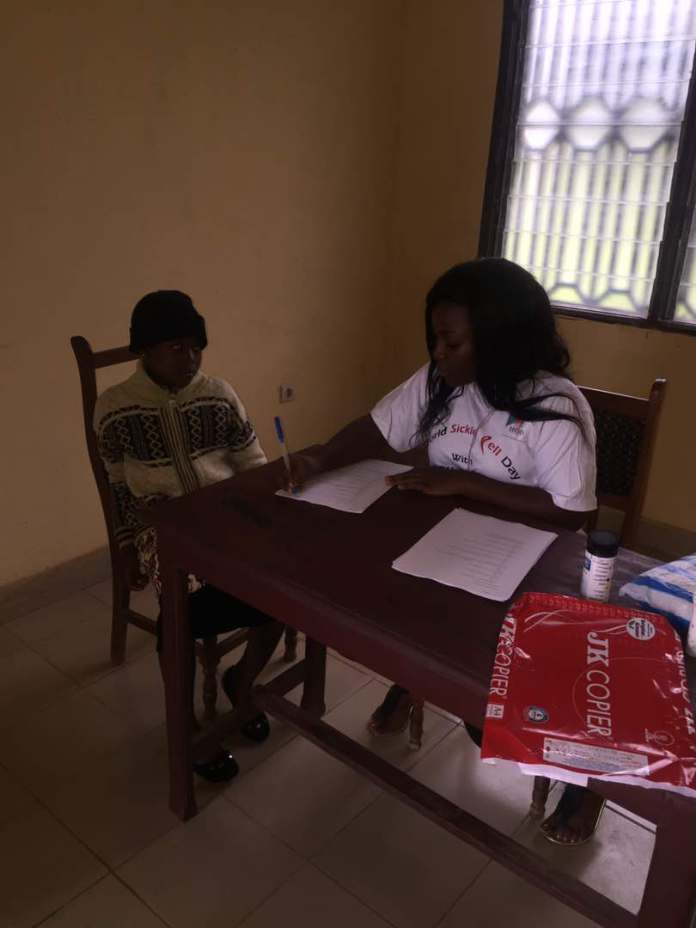 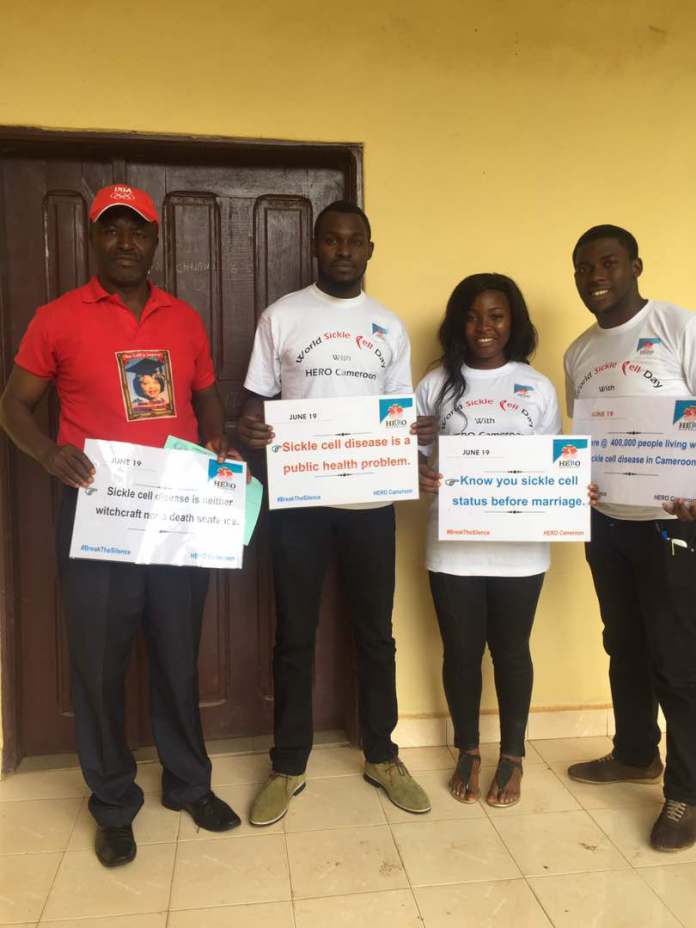 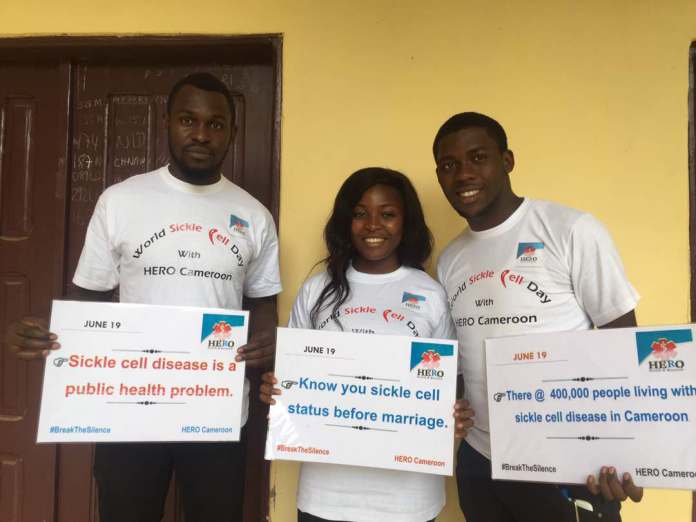 Sickle cell disease is a haemoglobin disorder common mainly in people of African descent. It is due to an inheritance of a mutant haemoglobin from both parents who are usually healthy. The World Health Organisation estimates that 300,000 children are born with SCD each year, 75% of these in sub-Saharan Africa, and that the burden of the disease could be reduced by simple careful management and prevention programs. In Cameroon, about 2 – 3 % of the population is affected and close to 12% of the population carries the sickle cell trait.

Hero Cameroon focused on educating patients and carers of patients with sickle cell disease, health care practitioners and the general population. It was carried out on the 19th June 2017. Activities were carried out on social media (online) and in selected hospitals in 2 regions in Cameroon (offline).

Patients and carers in

The celebrations started with an online campaign on our Twitter and Facebook accounts. We also had administration of questionnaires, health talks, handing of charts and picture sessions. The event was covered by LTM TV and the success story  of our HERO and Dr Anne Andong was covered by the state Television CRTV.

We successfully educated over 200 sickle cell disease patients and carers. At the end of each session, charts containing educative messages on sickle cell disease were distributed to these hospital for continuous education in these health facilities.