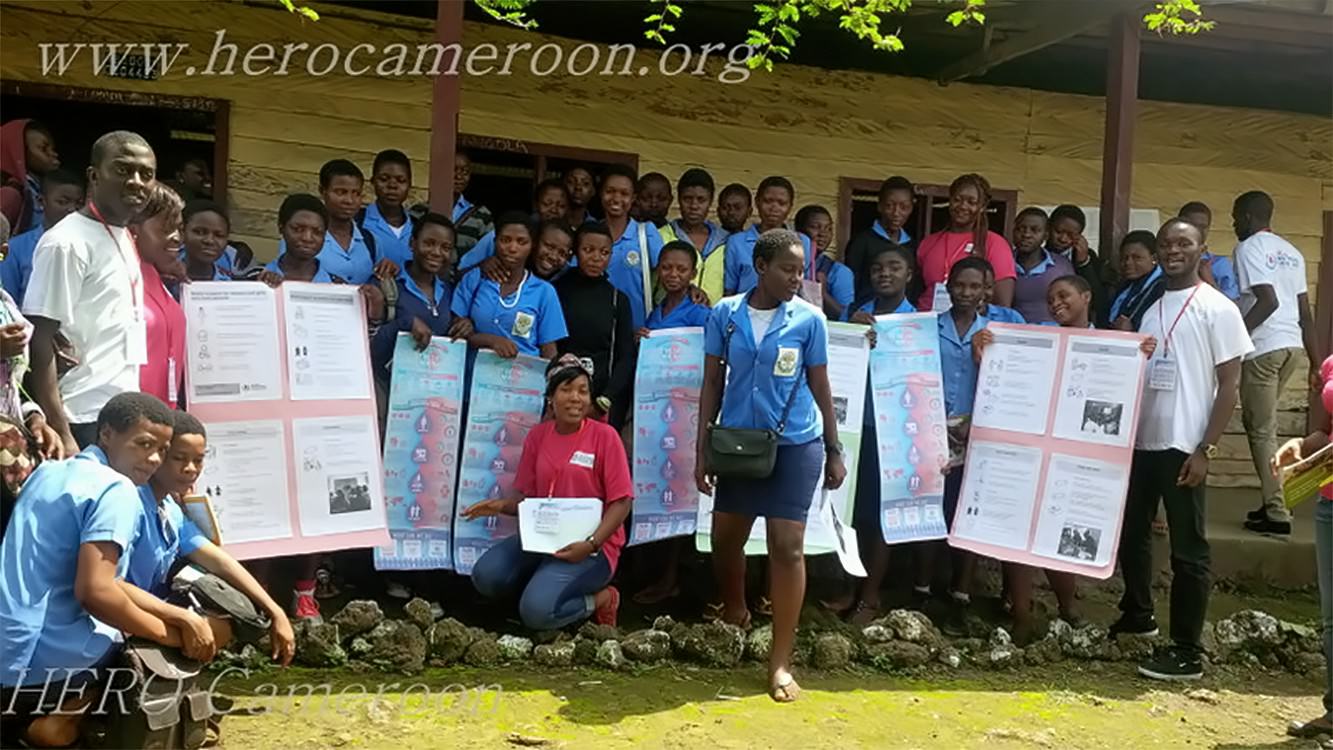 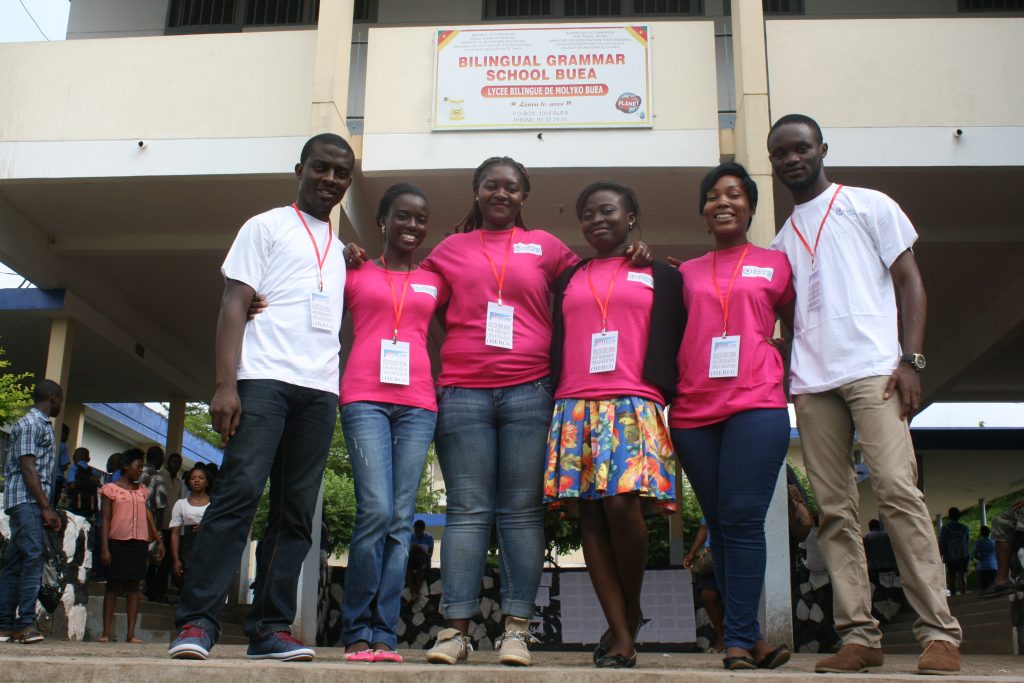 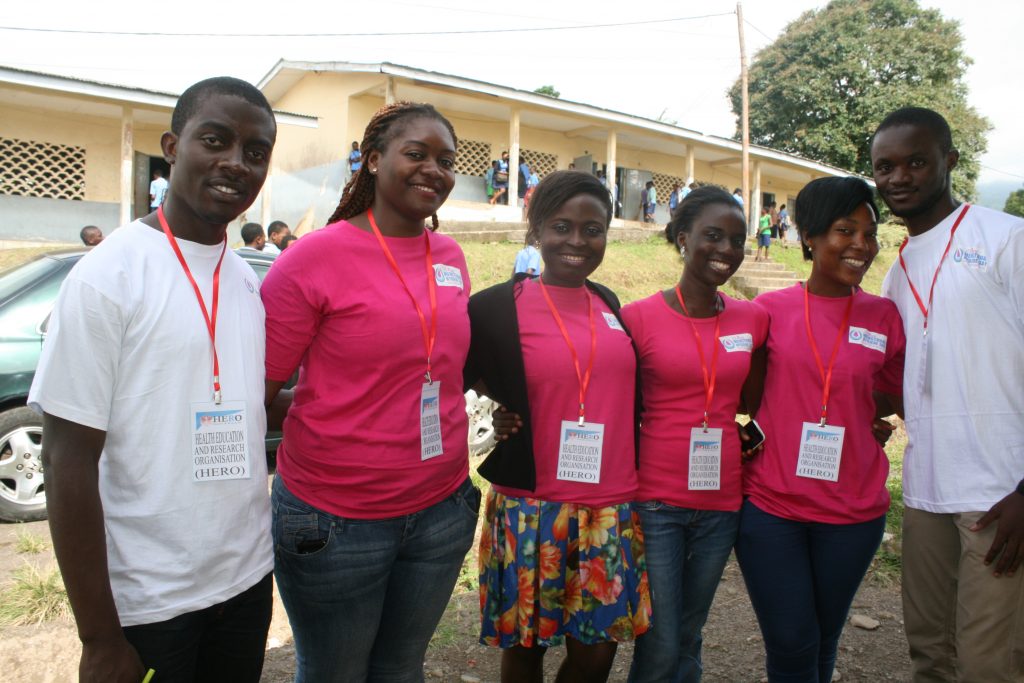 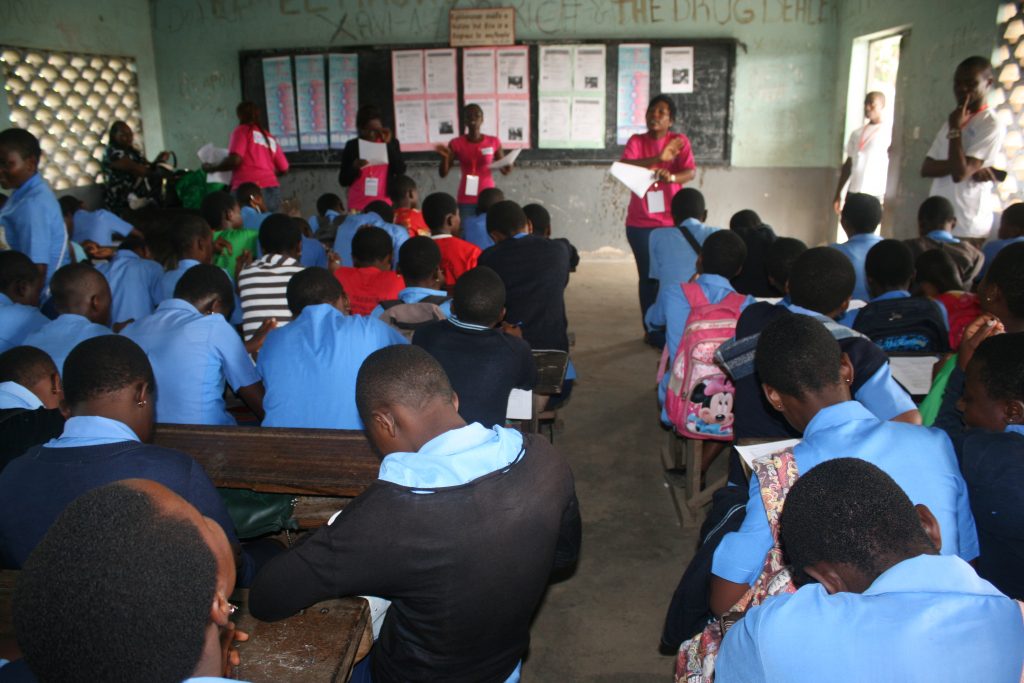 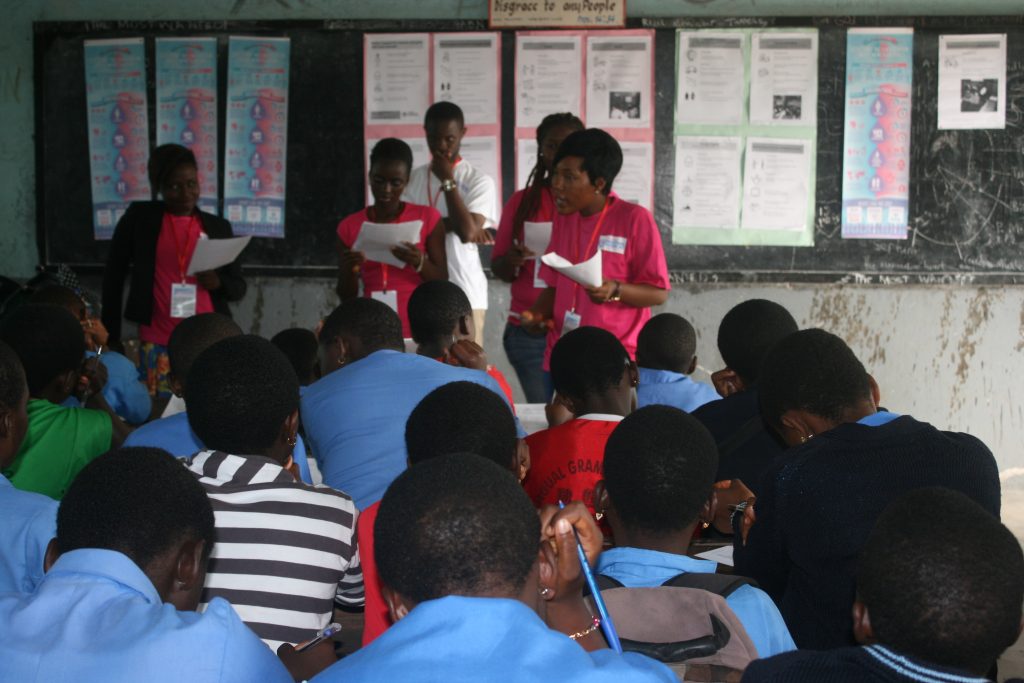 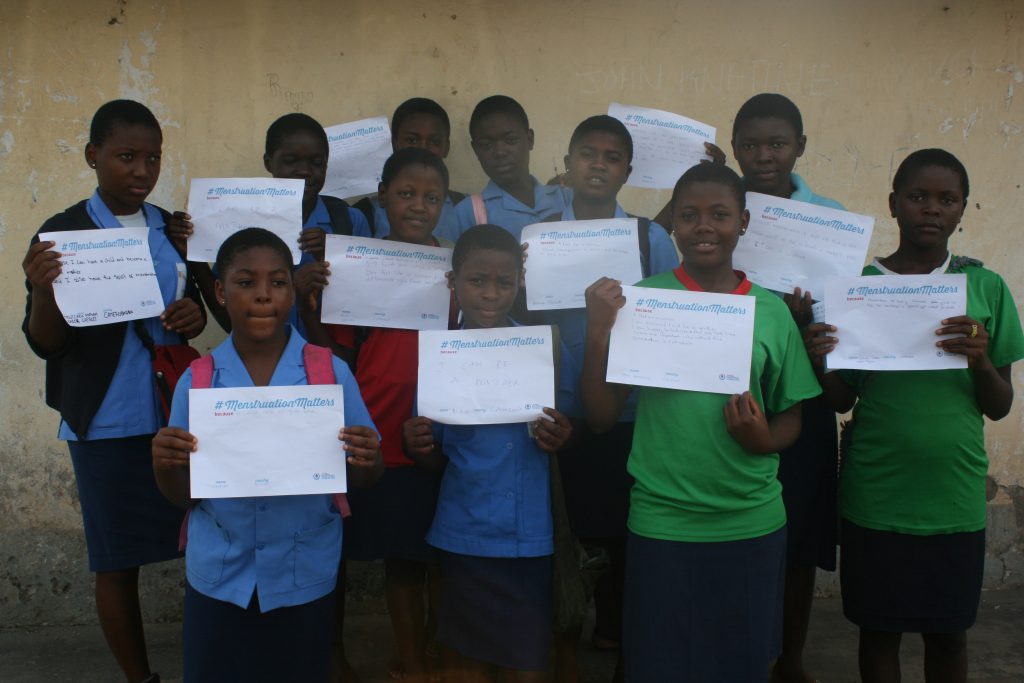 Menstrual Hygiene Day 2017 in Cameroon was marked by a 2 day sensitization campaign among adolescent girls in 3 secondary schools in Buea: Bilingual Grammar School (BGS) Molyko, Summerset Bilingual College Molyko, and Government High School, Bokova. This was coupled with a media campaign in which members of HERO Cameroon participated in the Radio programme Global Voices for Women at the South West Regional Station of the CRTV (FM 94.5).

To celebrate the Menstrual Hygiene Day 2017 in Cameroon, one week before the campaign, the HERO team met with the principals of the schools discussed the idea, permission was obtained and dates were set. The campaign schedule was as follows:

In all three schools, the programme was as follows:

A questionnaire was administered to assess their knowledge, Attitudes, and Practices about menstruation and menstrual hygiene.

A 30 minute talk was given which addressed:

Questions and answers session by students

The media campaign took place on Tuesday 26-05-15 from 8-9am. At the beginning of the program, the subject and the concept of the Menstrual Hygiene Day were introduced.

The first member of the HERO Team spoke about the origin and the importance of the menstrual hygiene day, the various taboos associated with menstruation, and some vital statistics related to menstruation.

The second member educated the public on what menstruation is, what young girls should do when they first see their menses, and how girls should take care of themselves during their periods.

This was followed by a question and answer session. At this point, listeners were given an opportunity to call and participate on the programme, after which the programme ended.

The campaign was a great success. The subject was well received by the students and they showed a lot of interest, by their participation in the discussions, as well as the brilliant questions they posed and answers they gave. The radio programme was also well received by the by the public. We hope that after this programme, there will be an improvement in the menstrual hygiene practices among the inhabitants of Buea.