Viral Hepatitis: Can we find the missing millions?

Viral Hepatitis: Can we find the missing millions?

One morning, Frank came to the hospital, he complained of extreme tiredness and lack of appetite. He felt too tired and walking was a huge burden. As the doctor took his medical history, he noticed that Frank was married but had several sexual partners and even patronized sex workers some times. His most recent HIV serological test was negative. Upon examination of the patient, his eyes were yellowish and sunken. He felt warm to touch and had pain in the right upper abdomen. He had noticed a gradual and progressive swelling of his abdomen over the past month and he was currently on traditional medication as he believed this distention was due to poisoning. Convinced that he had truly been poisoned, he explained to the doctor that with a negative HIV test despite a living a reckless life, the only possible explanation for his ailment could be a ‘magician-religious’ one.

The doctor then explained that he suspected a condition known as ‘hepatitis’ also known as ‘inflammation of the liver’. He talked to him about the condition and ran some tests. When the results were available they confirmed the doctor’s diagnosis of Hepatitis B and the abdominal ultrasound showed liver cirrhosis (excessive damage of the liver that occurs over a period of time).

He was admitted to the ward. His wife and kid were with him all day to attend to his needs. One day the nurse saw the son cleaning his father’s faeces with bare hands, he called the 14 year old and his mother and told them about transmission of hepatitis B and explained the importance of wearing gloves when handling Frank’s body fluids. The next time Frank soiled himself, the little boy got his gloves on to clean his dad but the angry dad rained curses on him. The nurses tried to explain to him that he was putting the life of his son at risk but not understanding anything they said, he refused any personal care henceforth, he would not let anyone come close to him and will prefer to stay with his soiled clothes in bed.

The social worker had several counseling sessions with him and slowly he began to realize that all decisions taken by his family and health workers were for his benefit. He is alive today and on medical care. His wife son and other children got tested and were all vaccinated.

Hepatitis is an inflammation of the liver. There are several types of hepatitis, drug-induced hepatitis, autoimmune hepatitis and hepatitis from infectious causes such as viruses and bacteria.

These viruses can cause acute infections but B and C have the capability of causing chronic infections.

In Cameroon according to a meta-analysis carried out in 2016, the prevalence of Hepatitis B was estimated at 10.6.

Risk factors for B and C include:

Signs and Symptoms include:

Diagnosis is confirmed by screening for the various Viruses.

Treatment will however depend on the type and the stage.

It can be prevented by getting tested early and getting vaccinated. For now vaccines available for type A and B. Other measures will include avoiding the risk factors. 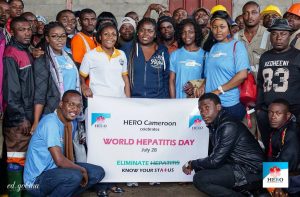 The theme for this year is “ELIMINATE HEPATITIS” and we can do this by joining the World Hepatitis Alliance  in ” FINDING THE MISSING MILLIONS“. Yes we can do this by all getting tested and getting vaccinated against Hepatitis B. This year, in partnership with BodyTalk and YISS, HERO Cameroon is part of a ‘No Hep in Medical School’ Campaign. This campaign will include free screening of medical students for Hepatitis B and C, and linkage with vaccination centers.

Tags: disease prevention stigma
Previous Story
Drug abuse: A cure for low self-esteem?
Next Story
Cholera: How do we stop the killing spree? 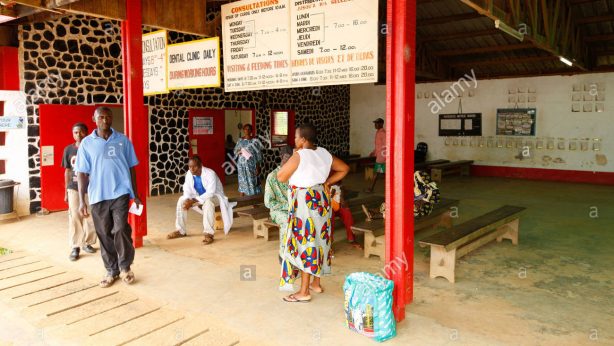 Everybody deserves a strong umbrella on a rainy day: Universal Health Care in Cameroon

It is Tuesday morning and after ten days of sleeping... 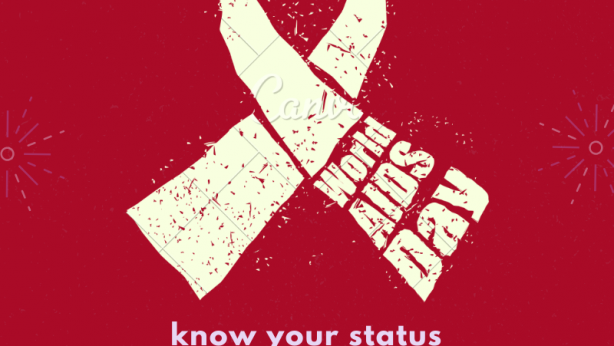 What if HIV was like malaria? Why is it so...